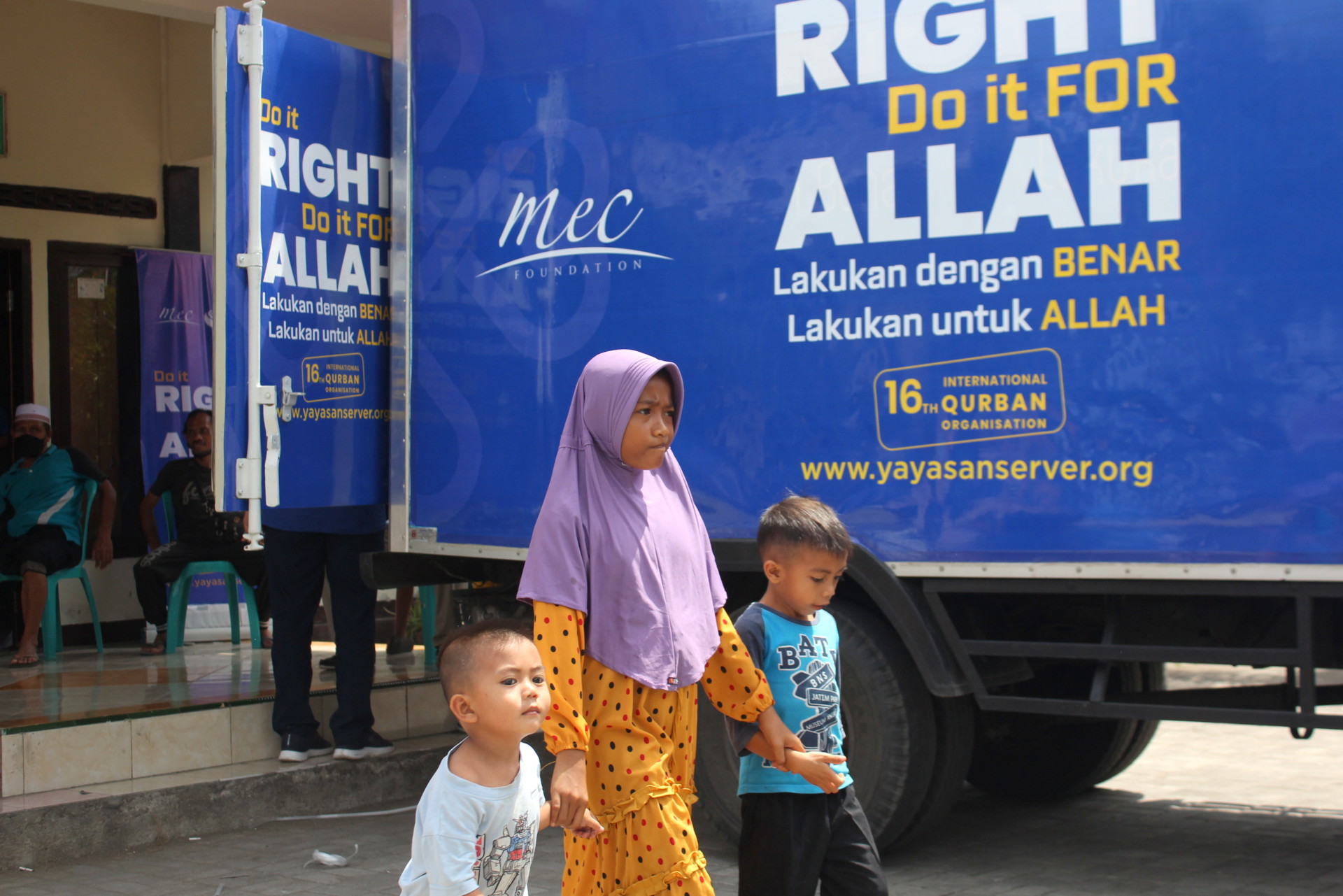 The rightful holders from the region, orphaned children and officials from the orphanage participated in the event held in Central Lombok Municipality for beneficiaries. The event, which was held in the Central Lombok Municipality conference hall, was attended by 150 family representatives, whose needs and situation information were shared by the local governors, 50 children aged 7-10 living in orphanages, and local authorities. The opening of the program was made with the Quran recitation by the winner of the hafiz competition in Indonesia in 2019.

In the program, while the works of Mec Foundation and Server Yayasan were explained, refreshments were given to the participants. In particular, the roast made from sacrificial meat was appreciated by the guests since mutton is consumed very little in the region. On the occasion of the event, local authorities had the opportunity to taste the quality and flavour of the meat brought to the country by the MEC Foundation. Colorful balloons were distributed to the children at the event, which also included catering packages. Central Lombok Mayor Fethul Bahri and the Assistant to the Governor were also among the guests in the program.